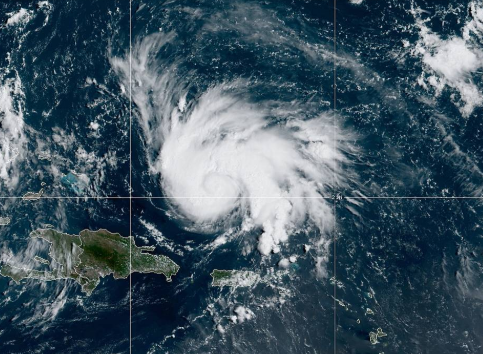 Hurricane Dorian will continue to gain strength as it moves over the Atlantic the next few days. The storm is forecast to strengthen into a major hurricane this weekend.

Florida residents, especially those along the eastern coast, should be preparing for a hurricane now! 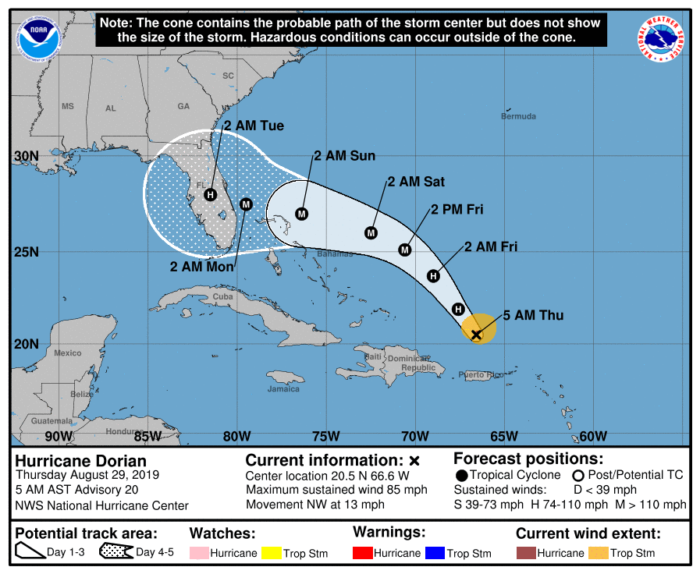 The governor of Florida has already declared a state of emergency for the impending hurricane. Tropical storm force winds could arrive in Florida as early as Saturday evening. Although there are no watches or warnings posted in the U.S. as of Thursday morning, preparations should be underway in Florida.

Those in the path of a hurricane should have food, water, and medical supplies for three days. Do not forget about pets. Listen to directions of local officials. Evacuate if told!