The potential for severe weather will continue to increase this afternoon for parts of the Northern Plains and Upper Midwest. Large hail, damaging winds and even a few tornadoes are possible.

The greatest risk for tornadoes will primarily be across southeastern North Dakota, northeastern South Dakota and west central Minnesota. 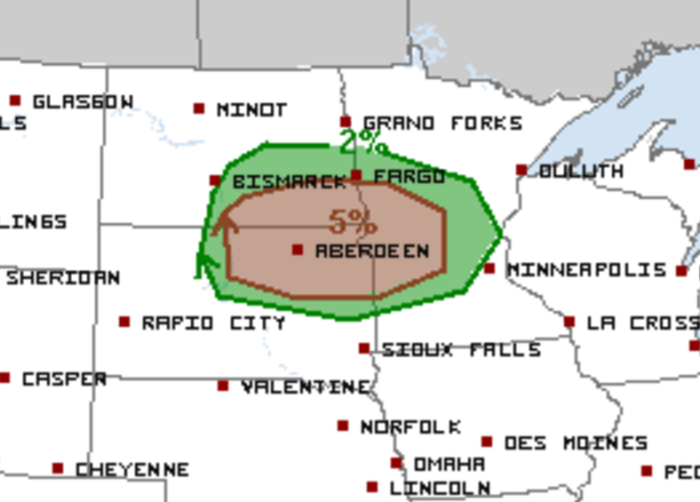 Very heavy rainfall looks likely for much of the severe risk area as well. The WPC has outlined a moderate risk of flash flooding for central Minnesota today. Some locations could see anywhere from 4-6″ of rain within a 2-3 hour period.

A Flash Flood Watch has been issued from 4 PM this afternoon through tomorrow morning. Rainfall rates could exceed 2″ per hour. This Watch does include the greater Twin Cities metro area.

Our chasers will be out in the field streaming LIVE. Follow along here!