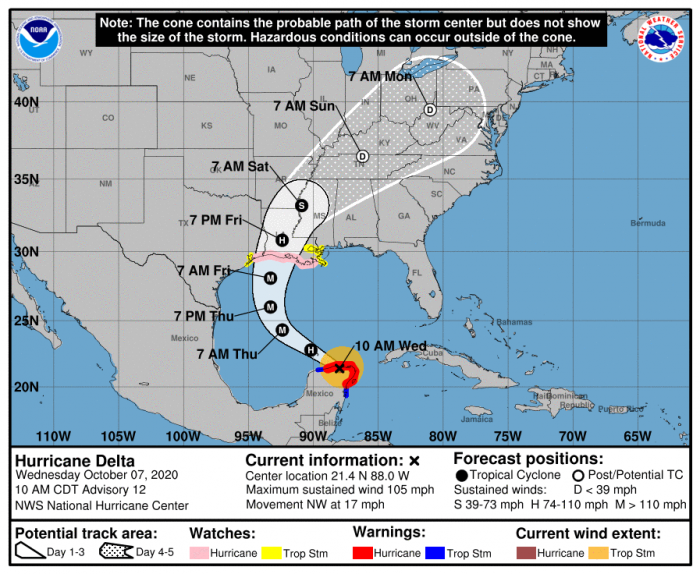 The center of Delta will move off the northern coast of the Yucatan today and pass through the southern Gulf of Mexico. Delta will enter the central Gulf of Mexico on Thursday where more strengthening is expected.

Delta is forecast to become a major hurricane once again, although some weakening is expected before it makes landfall on the Gulf Coast.

A U.S. landfall is currently forecast some time Friday, October 9.