Sally to Strengthen into Hurricane Today 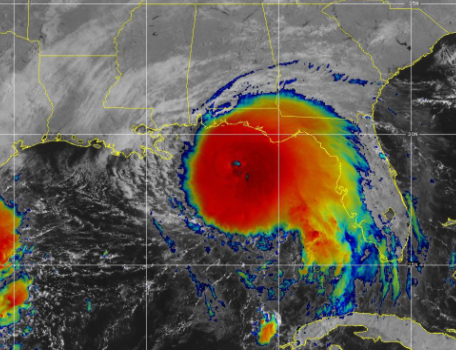 Tropical Storm Sally is expected to strengthen into a hurricane today or this evening. The storm is currently sitting in the Gulf of Mexico about 140 miles east-southeast of the mouth of the Mississippi River.

Sally has maximum sustained winds of 65 mph and is moving west-northwest at about 6 mph. 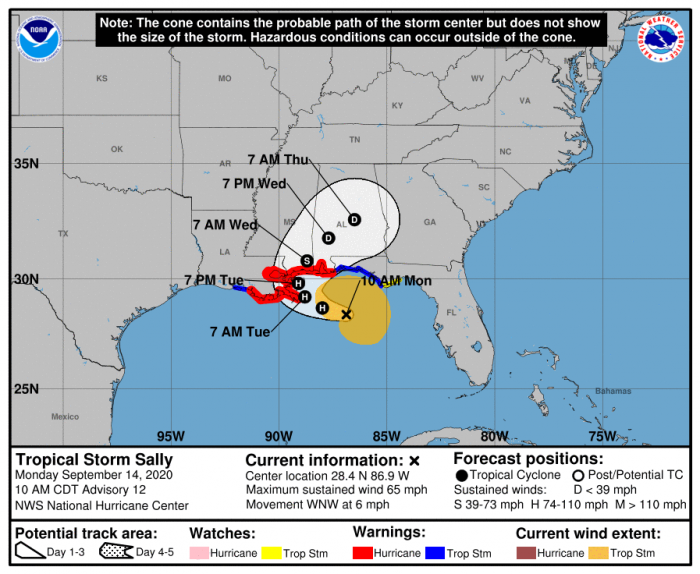 Watches and Warnings for Sally are as follows:
A Storm Surge Warning is in effect for…
* Port Fourchon Louisiana to the Alabama/Florida Border
* Lake Pontchartrain, Lake Maurepas, and Lake Borgne
* Mobile Bay

Stay tuned for updates by following us on Twitter.