Home » Featured » Eyes on the Tropics

Eyes on the Tropics

We’re monitoring two tropical depressions that could potentially impact the U.S. over the coming days.

Tropical Depression 13 is currently in the central Atlantic and is expected to become a tropical storm later today. It’s moving WNW at just over 20 mph. The depression is expected to move north of the northern Leeward Islands on Friday and near or north of the Virgin Islands and Puerto Rico on Saturday.

Long-range track forecasts indicate potential impacts in Cuba, the Bahamas, and Florida. The progression of Tropical Depression 13 will be monitored closely over the coming days.

The second system we’re watching is Tropical Depression 14 which has formed in the Caribbean. A Tropical Storm Watch has been issued for parts of Honduras. The system is expected to become a tropical storm later today or tonight. 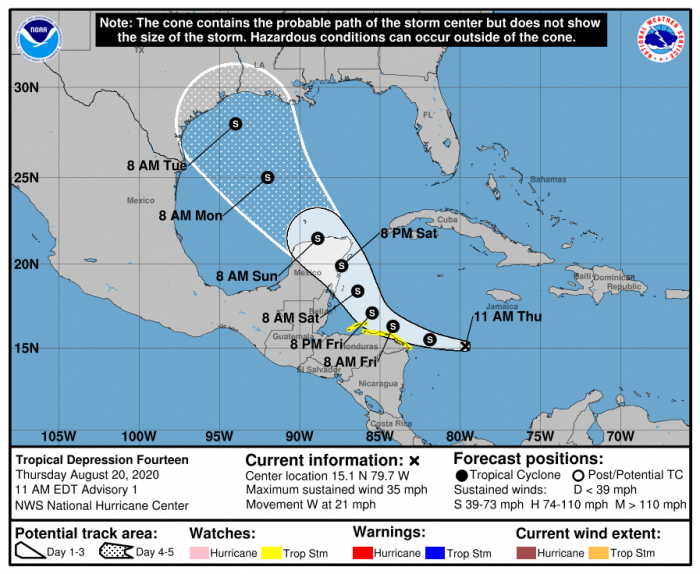