Tropical Storm Rina formed Monday night in the Atlantic. It became the 17th named storm of the Atlantic hurricane season.

Rina is currently not a threat to land and is expected to remain deep in the Atlantic over the next few days. 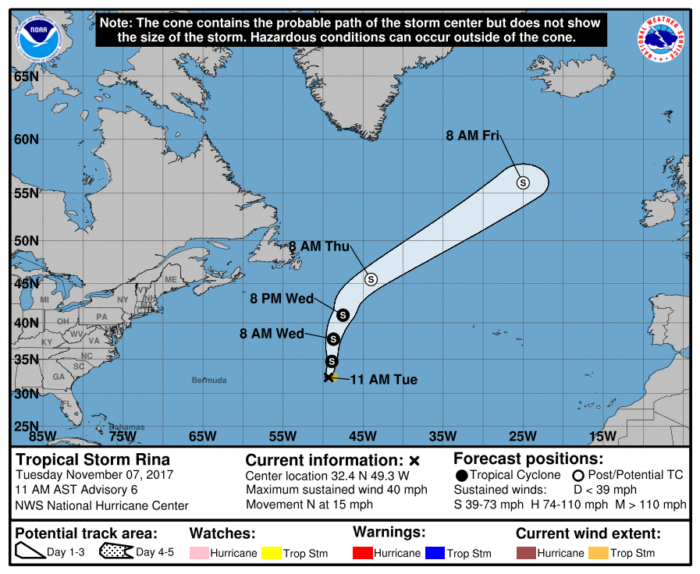 As of 11 AM ET, Rina has maximum sustained winds of 40 mph and is moving north around 15 mph. Faster forward motion is forecast to begin Wednesday night. Rina’s minimum pressure is 1008 mb.