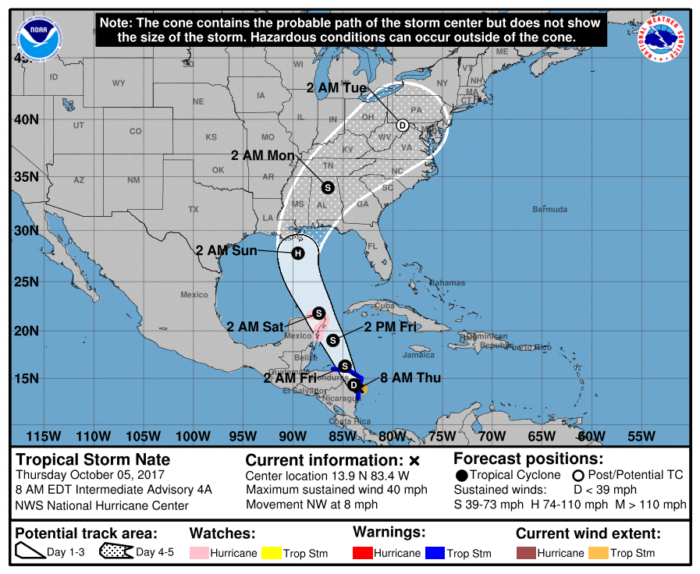 Tropical Storm Nate is expected to bring flooding rains to Nicaragua today with some spots picking up 15-20″. Isolated amounts near 30″ are also possible. This rain could cause life threatening flash flooding and mudslides.

Nate became a tropical storm this morning after developing as a tropical depression just yesterday morning. As of the 11 AM update from the National Hurricane Center, Nate’s maximum sustained winds were 40 mph.

This system bears watching because it is forecast to move into the Gulf of Mexico in the coming days. As it moves over the warm water, it is expected to gain strength. The official forecast track has the ‘cone of uncertainty’ stretching along the Gulf Coast of the U.S. from Louisiana to Alabama.

A U.S. landfall does look likely at this time sometime Sunday. It is too early for specifics as to exact timing and location but those along the Gulf Coast need to pay close attention to forecasts.