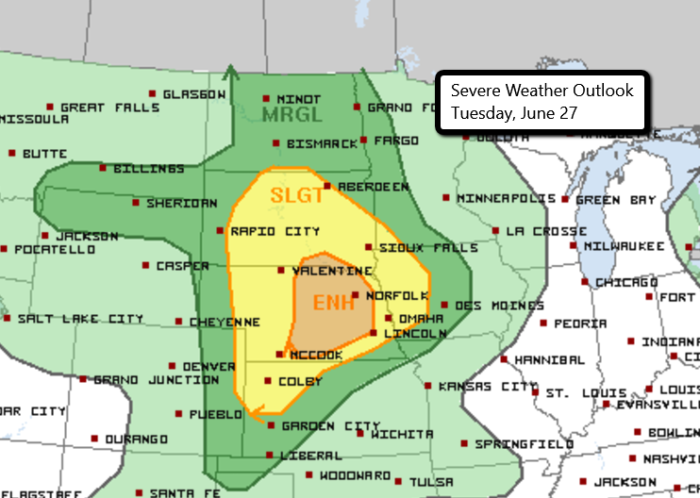 There is an Enhanced Risk for severe weather later today across parts of far southeastern South Dakota and eastern Nebraska. This includes Grand Island, Kearney, Norfolk, Hastings, and Columbus in Nebraska. Surrounding areas are in a Slight Risk including Omaha and Lincoln in Nebraska, Sioux Falls in South Dakota, and Sioux City in Iowa.

The main threats with storms that develop will be the risk for large hail and damaging winds. The SPC warns, “A few gusts may exceed hurricane force.” As storms initially develop later today, large hail and strong wind gusts will be possible. This will transition to primarily a damaging wind scenario as the complex of storms moves east this evening. This is when the strongest gusts of wind are expected!