As of 10 AM CT on Wednesday morning, Tropical Storm Cindy was located approximately 170 miles south southwest of Morgan City, LA. Maximum sustained winds were around 50 mph with higher gusts. 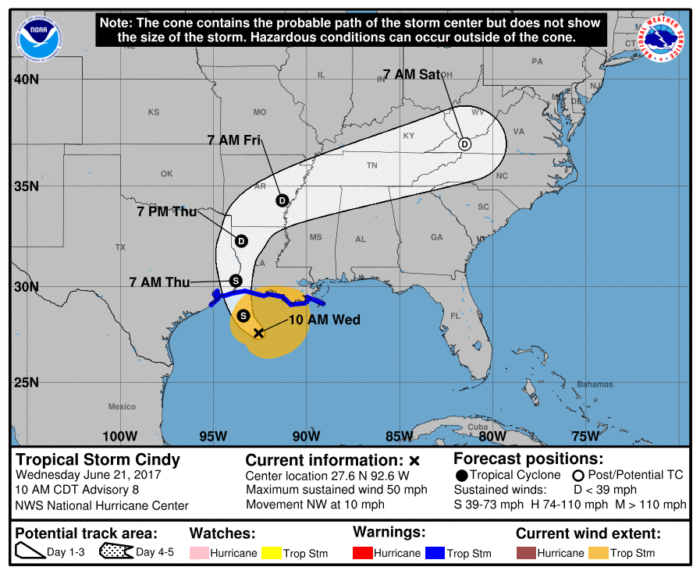 The main concern with Cindy continues to be the threat for very heavy rainfall and flooding. Total rainfall is expected to be between 6 and 9 inches with some isolated 12″ amounts possible. Southeast Louisiana, southern Mississippi and Alabama, and parts of the Florida panhandle have the greatest potential of seeing rainfall amounts nearing one foot by late Thursday.

Winds of 50 mph with higher gusts are also possible. Storm surge will be between 1 and 3 feet. A few isolated tornadoes are also a risk today from parts of Louisiana to Florida. There is a Tornado Watch in place until 7 PM CT. 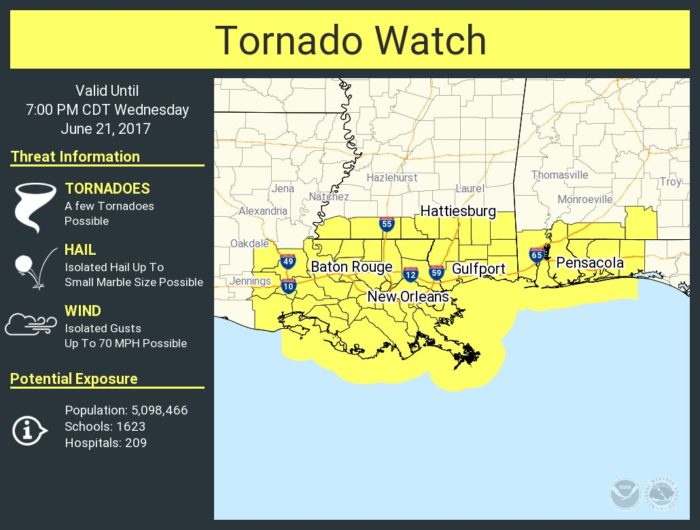