Tropical Storm Cindy has formed in the Gulf of Mexico as of Tuesday afternoon. The storm has been nearly stationary for the past few hours, but movement towards the north and west is expected to begin later today and continue through tomorrow night. A slight turn toward the north/northwest is anticipated on Thursday.

The current forecast track has Cindy approaching the coast of southwest Louisiana sometime late Wednesday. The track then has Cindy moving inland over western Louisiana and eastern Texas on Thursday.

Maximum winds within Cindy are currently around 45 mph with higher gusts. Little to no change in strength is forecast before the storm reaches the coast. 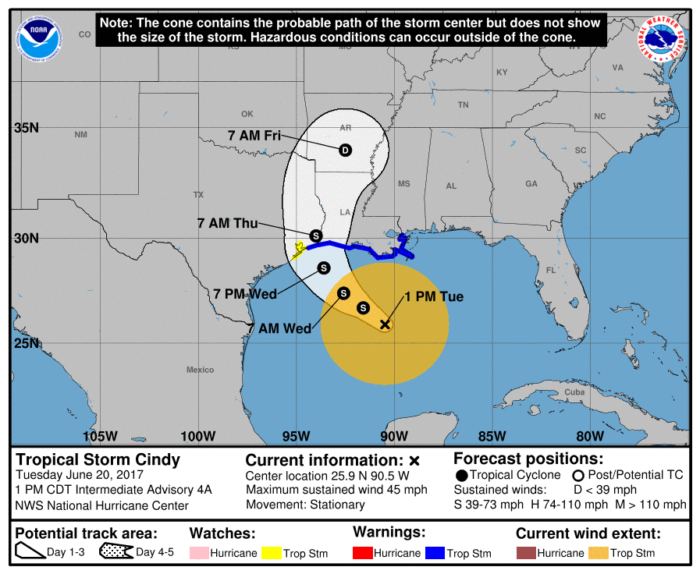 Cindy is expected to drop anywhere from 6-9″ of rainfall over southern parts of Louisiana, Mississippi, Alabama, and the Florida panhandle through Thursday. Isolated amounts of nearly 12″ are possible.

A 1-3 foot storm surge is possible along coastal areas of the Tropical Storm Warning.