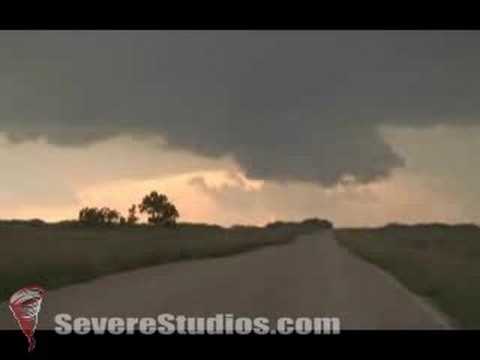 This video was shot in the Atkinson, NE area on June 21, 2007. Kenny Allen and Kory Hartman, Severe Studios Chasers, caught this massive wall cloud on video near Atkinson, NE. This same supercell dropped numerous funnels, but a tornado was never observed.